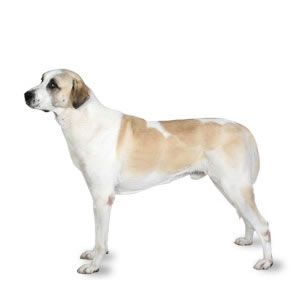 The Anatolian Shepherd Dog is a native of Turkey, where he was developed as a shepherd's companion and livestock guardian. He was bred to resemble the size and color of the livestock he defended so predators would not detect him among the flock. Sometimes called the Anatolian Karabash Dog, he's a fiercely loyal guard dog and a large, impressive breed, weighing 120 to 150 pounds at maturity.
Anatolian Shepherd Dog profile on DogTime.com
General Characteristics
Cold tolerance
Ease of training
Friendly toward strangers
Heat tolerance
Playfulness
Predatory tendencies
Wanderlust
Mouthiness
Sensitivity
Watchdog ability
Affectionate with family
Compatible with kids
Easy to groom
General health
Brought to you by